The need for transcendence 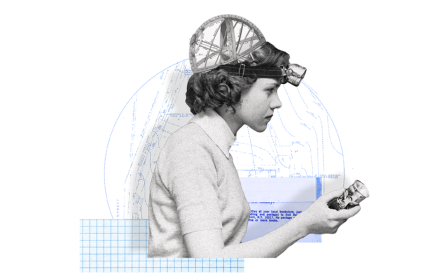 Uncover what's unique about you
More about Personal Branding

Most of us live in societies very capable of surpassing our material needs with expensive phones, cars and luxury hotels. Although we have way more than we need, we still feel that something is missing.

Maslow's Hierarchy of Needs shows that to live a fulfilled life, a person needs first to meet her basic/physiological and psychological needs. Before Maslow, the french sociologist Emile Durkheim called us "Homo duplex", meaning that we humans have two "centers of gravity".

"On the one hand is our individuality... On the other is everything in us that expresses something other than ourselves."

The gap between these two antagonist forces has been for millennia filled by religion and shamanism. Praying, chanting, dancing and consuming substances were part of rituals that, once performed in a group setting, provided individuals with the ability to lose themselves for a moment and experience a sense of communion with other people and the universe.

Indigenous tribes like the Aztecs have consumed for thousands of years the psilocybin mushroom, which has the power of expanding and elevating human consciousness. In the Amazon forest, the indigenous have been using Ayahuasca to heal themselves and to connect with the spirits of the forest.

Little by little, indispensable transcendental practices have been put aside in our capitalist, scientifically oriented world.  The use of psychedelic substances has become prohibited after the U.S. started the war on drugs.

In the absence of those transcendental experiences, our modern materialist society has found in consumerism and nationalism a way of fulfilling our tribal instincts. What hasn't been satisfied, though, is our need for transcendence.

The good news is that, during the past few years, we have seen ancient practices like yoga and meditation being welcomed by modern societies that have used science to prove their benefits. Same with psychedelic use.

Far from the religious setting, people are also finding in nature, or even at raves, a way of self-transcending. Since sacred and transcendental rituals are becoming less stigmatized for us humans living in the 21st century, it's our job to find ways of incorporating into our lives the practices that can satisfy higher psychological needs deeply ingrained inside us.

What is the Ikigai Framework and When Should You Use it?

This will help you in moments when you feel that what you're doing don't make sense.
💎

What do you desire? The Epicurean path to a fulfilled life

Understand why moments of satisfaction are always followed by boredom and emptiness.
🏝️

Understand how our environment has the power to influence our moods and thoughts.
🔎

Find your niche by combining introspection and market research

A niche is composed by a topic that fascinates you and it’s aligned with your strengths.
🤖

A list of abilities that professionals should cultivate to prepare for a shared future with robots.
30
Cookies! They are used here to improve your experience.
ok